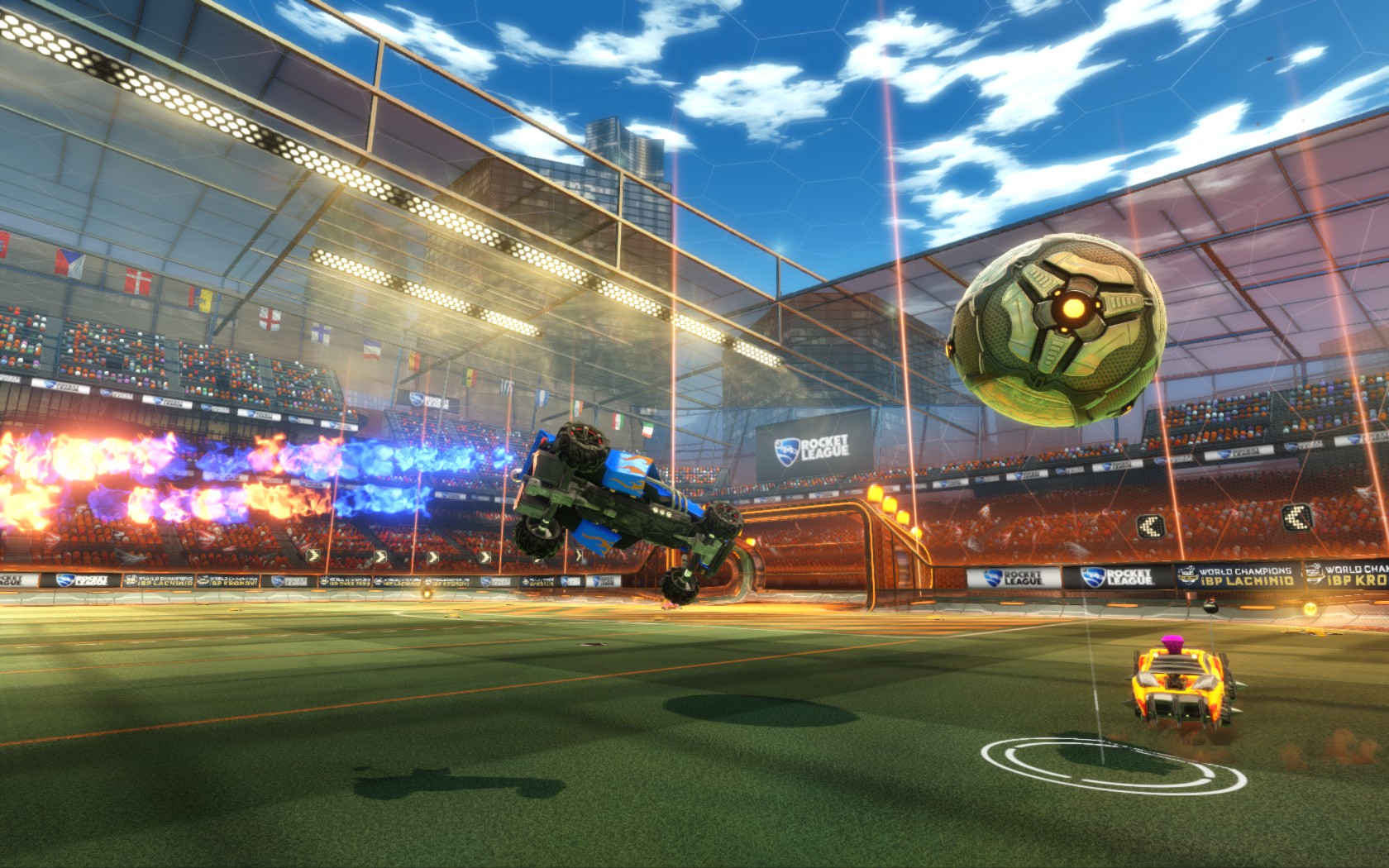 This game, altough it came out in 2015, is still an easy-to-get-hard-to-master game in which you can put five minutes of your time. Or ten. Or fiveteen. 5 tips for new players.

It should go without saying, but you should not insult other players in this game. Still happens a lot nowadays but I find the report and mute button very handy. Also it is possible to disable all text chat in the games settings. Also, do not forget to use the ingame quick chat to aknowledge good moves.

What I see frequently in games with unexperienced players is that everyone is rushing after the ball. Don’t do that. Don’t. If your teammate is heading after the ball, try to anticipate where the ball might be next and position yourself. Also, make sure not both players are in the enemies half – only if both enemies are behind you.

Also some people seem not to know this: Hit the jump button once and you will jump into the air. Press the jump button twice with a little time between the button pushes and put the stick into the direction you want to fire the ball and you can make a few impressive shots. This depends a lot on the timing of the jump. When going just forward or backward a few times, this can get you as fast as with boosting.

The booster jump is, compared to the double jump, more complicated to master. First, you want to jump once. Then tilt your car into the direction you want to fly and immediately push boost. Steering is harder than on the ground, but sometimes you can surprise other players when doing this. Needs a lot of practise.

To be able to boost jump and also to get that last inch in front of your enemy always try to collect all boosts you can find. When rushing after the ball, see if you can make a little discourse and collect some of the floating 100 percent boosters. This will give you an advantage over the other players. It will also show you how experienced the enemy player is – will he collect boost or just rush after the ball? Oh, and don’t do this when the ball is approaching your goal.

This one is more of a convenience factor. I used to drive around only with ball cam activated. Sometimes it became very hard to collect boosts or ram into enemy players. So, switch frequently the camera if aiming for something else than the ball. Don’t forget, you can change the settings of the camera in the settings. I set my FOV slider to max to be able to see a bit more on the edges.

So, that should be it – happy goal huntin‘!