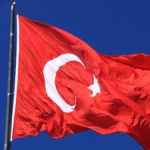 This time we are going to take a peek into the media environment of Turkey.

On behalf of my friend, Korhan, here is a non-representable list of common media in Turkey which you never might have heard of. My personal favorite is Uykudan Önce, but see for yourself.

See you soon with a new country to look into!